In Your Hands by Gaiyatri J.

Today I would like to introduce to you my game: In Your Hands.

The game is a sort of a mix of genres I believe, with a few aspects of a logic game, a platformer game, a strategy game, and an educational game. In this game, you, guided by the "Representative of the Universe", have to save a planet called Ahairi, in less than 10 minutes. Through a series of decisions, platformers, and puzzles, the player has to keep this world from dying.

At the end, they find out that the crisis facing Ahairi is very similar to the possible threats of climate change in our world and are encouraged to take action. I hope that putting climate change in this way really introduces it to a different audience and shows them the consequences it can have instead of just telling them and having them theorize about it.

(For more on the plot, watch the backstory in the game)

The plot of the game is that you, guided by the Representative of the Universe, has been chosen to save the planet Ahairi which is in peril. In the end, you find out that many of the crises facing Ahairi are actually similar to the consequences that may face us due to climate change. The player will also encounter the 'Infestors', the beings that ruined Ahiri.

For more on the plot, watch the backstory video (can be found in the game).

There are 2 possible answers to this question. My exact process is below, but I will say this first.

Climate change has always been a big part of my life. I have known about it, about the melting homes of the polar bears, about the people without water, about the fact that our cars and lights are causing these problems since I was little. I have always felt the need to do something, though it seems no matter what I did, it was never enough. Though it is true that one person's personal changes can't change much, I believe that if that person spreads their idea they can trigger a chain reaction of other people making changes to their own lives alongside them, spreading the ideas further. The group will slowly grow and they can make a real, significant change. This may be wishful thinking but studies prove that if even 2 percent of a given population is fighting for a cause this will usually trigger change. So the purpose of my game is to start the chain reaction. I want to spread the message and encourage people to join the fight because climate change is really In Our Hands.

Here is an explanation of my process.

I was actually having a good amount of trouble coming up with an idea for my game so for a few days, I simply researched games to find a style I liked and ways to generate ideas.

I found suggestions of strategies to make a game by doing anything from looking through quora questions to watching talks by Will Wright. I then compiled all those strategies and tried them all, noting down every idea I generated (both good and bad, but there were more bad) through their strategies.

I ended up with one giant page of weird game ideas which I sifted through. Even in that giant list, I didn't have the game I have now, but making it helped me find these 3 main things:

These three combined = In Your Hands (my game now)

"Hi, I am Gaiyatri (or Gaiya for short).

I am not sure what to say about myself but I'm from Toronto, I love reading and I am not much of a gamer. My reason for coming to camp was probably a bit untypical but I am so glad I did as it opened up my eyes to the world of video games, video game development, and everything else that goes into that." 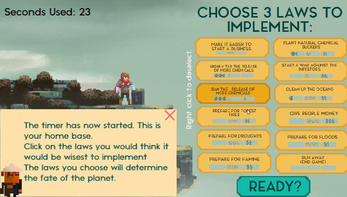 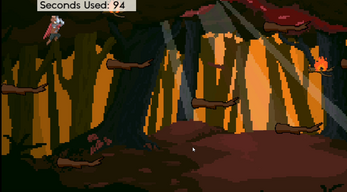 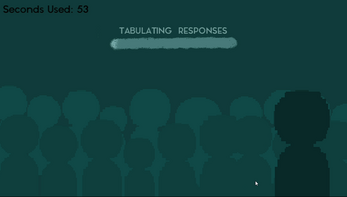